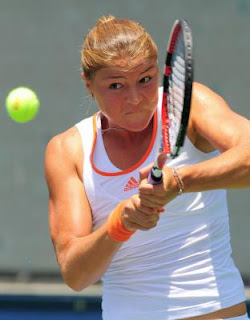 How Safina rose from under-achiever to potential world No.1

Dinara Safina has been something of an under-achiever in the world of tennis during her career – that is until now. The younger sister of multiple Grand Slam champion Marat Safin is in a period of renewed confidence and looks finally to be turning her potential into actual results.

Safina had a slow start to the 2008 campaign with a first-round defeat in Australia and failing to get past the third round in major tournaments in the Middle East. The 22-year-old Russian had to wait until the European clay court season to show her ability, winning the prestigious Berlin Ladies Open by defeating former world No.1s Serena Williams and Justine Henin before overcoming Russian rival Elena Dementieva in the final.

A few weeks later Safina increased her momentum even further with her appearance in the French Open final at Roland Garros. She had huge wins over Maria Sharapova and Svetlana Kuznetsova and was even more impressive in the way she handled the pressure and had a determined look about her.

Her powerful groundstrokes and huge serve unfortunately did not allow her to win her first Grand Slam as Ana Ivanovic proved too strong. But at least Safina had reduced the number of double faults on her serve and her play seemed like that of a champion rather than a top-20 player, where she has been for most of her young career.

Safina needed a big tournament to really take her forward in her tennis career and her results since have shown that 2008 is the year she will gain success on a par with her brother’s achievements.

Safina played well on the grass, reaching her third successive tournament final of the year at ’s-Hertogenbosch in the Netherlands, before falling in the third round at Wimbledon to Israeli Shahar Peer. Many fans would have thought such a great run of form would have ended at this point and that she would have remained a decent top-20 player, but not this time.

Safina has shown great willpower at the start of the US hard court season, with tournament victories in Los Angeles and Montreal, defeating the likes of Jelena Jankovic, Kuznetsova and Victoria Azarenka on her way. She has set herself up nicely for a good shot at the Olympic title in Beijing and also the US Open in September.

She seems unafraid of the world’s best players and I think Safina could well challenge for the No.1 spot, which has been up for grabs since the retirement of Henin. She is less than 1,000 points behind the No.1 position and has earned 2,025 of her 2,800 ranking points this year over only the past couple of months, showing she is the most consistent player on the tour at the moment, and I can see her run of form continuing.

Safina has not got too many points to defend in the latter part of 2008 and very few in the beginning of next year so she really should be fighting for that top spot in the rankings and her new found mental toughness will help her to achieve this success.

For a long time Safina has failed to live up to expectations and Sharapova, Dementieva, Kuznetsova and Petrova have overshadowed the 22-year-old, but at last she looks like a girl on a mission – watch this space! 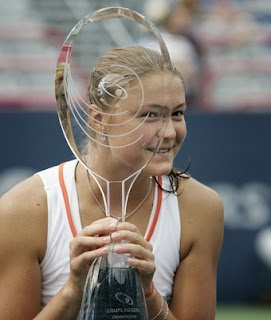 "Before, she was the sister of the brother, but now, I'm the brother of the sister,”- Marat Safin, ATP Countrywide Classic, LA 08/07/08 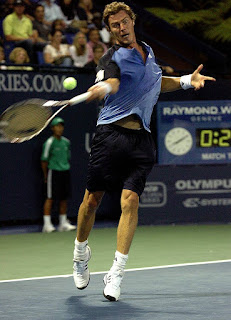 Following two upsets earlier in the day, which meant the end of the Countrywide Classic for the world's 12th-seeded Fernando Verdasco and 26th-seeded Feliciano Lopez, Marat Safin knew he had to get ahead of his opponent early.

He did just that after shaking off an unsteady first few games against Wayne Odesnik and cruising to a 6-3, 6-2 win in the second-round match.

“I played well and did what I needed to,” Safin said after the match. “I hit a couple of double faults, but I was able to come back.”

In the third game of the match, Safin was broken by his American opponent, but he displayed resilience in the next game by breaking back to even the score at 2-2.

Though Odesnik kept the match close at the onset, he was unable to convert on a game point, instead double faulting before giving Safin a 4-2 edge.

Safin then used his monstrous serve to help create a cushion that Odesnik couldn't overcome, at one time hitting an ace that even had the serving-speed display jumbling between numbers and unable to give a correct speed.

The 28-year-old Russian quickly began winning over the crowd and getting the respect he thought he deserved.

“I deserve some respect,” Safin said with a smile. “I've been on the tour for 10 years now, so I think I deserved it.”

Although the match was won with ease, there were several entertaining situations for the crowd at the Los Angeles Tennis Center, including a game with four challenges – ¬two of which were not only on the same point, but also both successful.

First, Odesnik served a ball that was called in and Safin hit a winning return.

Odesnik immediately challenged if Safin’s return was in, and the call was overturned.

Safin retaliated with a challenge of his own, claiming that the serve was long – a claim that was proven true.

The Russian went on to cruise from that point as Odesnik seemed to lose his cool and become slightly rattled.

The road hasn't been easy for Safin, however, because he is still trying to get back into top form after fighting off injuries for much of his career, since he always seems to get hurt when he catches fire.

“It's really hard to get going when I keep getting injured,” Safin said. “But I'm still running, trying to play tennis.”

After the match, Safin jokingly told UCLA alumnus and former-ATP-Tour player Justin Gimelstob that he would win a grand slam once Roger Federer and Rafael Nadal decide to retire.

Safin won't get much time to rest before his third-round match against Denis Gremelmayr, who upset the tournament's fourth-seeded Lopez, because he will take the court in doubles play tomorrow with partner and fellow countryman Igor Kunitsyn.

The two will take on a face that is fresh in Safin’s mind. On the other side of the net will be the American duo of James Cerretani and John Isner. Safin and Isner played in the first round with Safin prevailing 6-3, 6-4.

Although Safin was under the limelight at the beginning of the decade, his sister has now made a name for herself by winning several tournaments in the past few weeks, as well as making a run to the finals at the French Open.

“Before, she was the sister of the brother, but now, I'm the brother of the sister,” Safin said jokingly in an address to the fans.