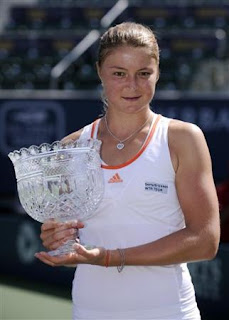 The fourth seed, who reached the French Open final, beat surprise finalist Flavia Pennetta 6-4 6-2 to win her second title of the year.

Pennetta was playing in her 13th singles final but was no match for the big-hitting Russian.

Safina, the world number nine, ended Jelena Jankovic's hopes of becoming world number one in the previous round.