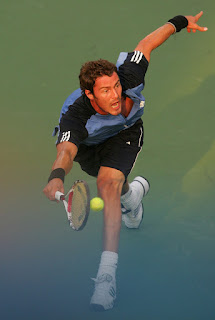 Marat Safin was defeated in the first round 6-7 4-6. Safin disputed numerous calls, had several long talks with the umpire and threw his racket in disgust near the base of the umpire's chair after going down 5-4 in the final set, a service break that also seemed to break his spirit. 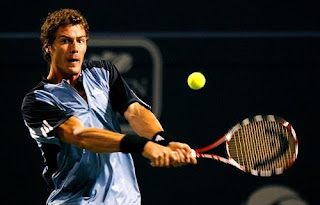 The evening session, which begins at 7 p.m., features former No. 1 and recent Wimbledon semifinalist Marat Safin against Russian countryman Dmitry Tursunov.
Tursunov won the only previous meeting against Safin, who is a former two-time quarterfinalist in Cincinnati. Earlier this month, Safin turned in his best career showing at Wimbledon with a semifinal performance, defeating No. 3 Novak Djokovic along the way.